You are here: Home / Nostalgia / When a red light means GO: finding a mentor and a mensch

All our lives have forks in the road.  Sometimes we don’t even realize we’re there; and how much depends on twists of fate; how one person or one random step can spin your life in a completely different direction.

I was a couple years out of college;  after working at two dead-end jobs in Boston and at the Washington, DC headquarters of the McGovern campaign, which managed to carry only one state.  (As my bumper sticker said: Don’t blame me; I’m from Massachusetts)

Disillusioned with politics, I now had a vague idea of “getting into television.” And before returning to Boston, I went home for a few weeks to visit my dad.  Hoping to make some productive use of my time in Miami, I wangled an appointment at the news department of the CBS affiliate WTVJ, went in and offered to work for free for a month–so I could learn the news business.

So much for my Yale diploma.  The News Department  turned me down.

Possibly the station’s Public Affairs department could use me, I was told, and directed towards a different building.

Disappointed, I assumed I’d spend that month on the beach and try “getting into television” when I got back to Boston.

What was Public Affairs, anyway ? I had no idea.

I also had no idea I was at a crossroads.

Actually, I was standing at one.  On the street.  Though  I didn’t notice the symbolism at the time.

Nearing the crosswalk I hesitated, thinking this trip to WTVJ was a total waste of time.  The building that housed Public Affairs was next to me.  It was also right across the street from where I  parked my car.

I knew the meter was running out of time—and  I figured there would be another time when I could “learn about television.”

So  I made a random decision: if the light turns green I’m crossing the street, going to my car and avoiding a ticket.

If it’s red, I’ll stop by the Public Affairs Department.

Sometimes, a red light means go—and I opened the door to Public Affairs.

On the other side of that door was the man who would change my life  more than anyone else before or since.   He was Joe Abrell, Public Affairs Director, former News Director, and producer of a new magazine show called Montage, a  local half hour version of 60 Minutes.

I started as an intern the next day—the first time I had been inside a TV station.

Long story short: After a few weeks Joe tried me out writing a script; a few months later he put me on payroll, put a mike in my hand and I was doing interviews in the field.  Within less than a year  I was producing and reporting segments and shows.  I had found work that suited me perfectly; I loved every minute.   It was well worth the parking ticket.

And I never did go back to Boston. 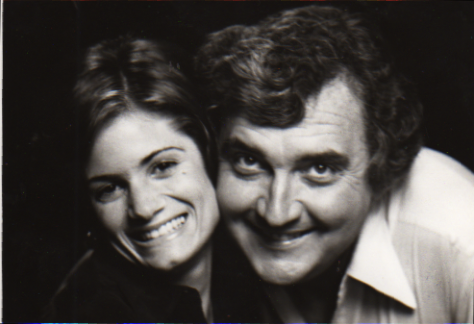 I know;  it sounds—and felt— like a fairy tale.  The truth is that none of it would have happened without Joe.   There were no other women working on his show; very few women in TV anywhere at the time.  He was taking a chance with me—something I would learn he had done before and would continue after —with people as green as I was.

Joe was larger than life; not only physically.  He had come out of print journalism;  was a true pioneer in television,  a great story teller with a sharp sense of humor.  Somehow he managed to attend and graduate from University of Miami law school at night during the years I worked for him—and his energy and passion were contagious.

A born mentor, he gently guided us in ways that mostly felt invisible—though he did point out that I conducted my first on-camera interview holding not only the mike, but also the large black film magazine for the photographer.  And now that I was going to be on the air, he suggested, maybe it was time to get rid of the hippie college wardrobe.

But mostly he let us learn, while keeping our little crew insulated from the politics and economics of the television business—we were free to do our best creative work.  I can’t imagine a better boss—someone who wanted us to do quality work, to grow and succeed; who knew you were ready for the next step before you knew yourself.

Like the day he had a commitment that conflicted with one of the studio interviews he had set up.   I’d watched him interview everyone from movie stars to Mother Teresa, as relaxed as he would be in his own living room.    He wanted me to do this one, though I’d never done a studio interview before.  No worries, he told me, it was just some young director neither of us had ever heard of, who had a new movie coming out.  The movie was Jaws; the director was Steven Spielberg. 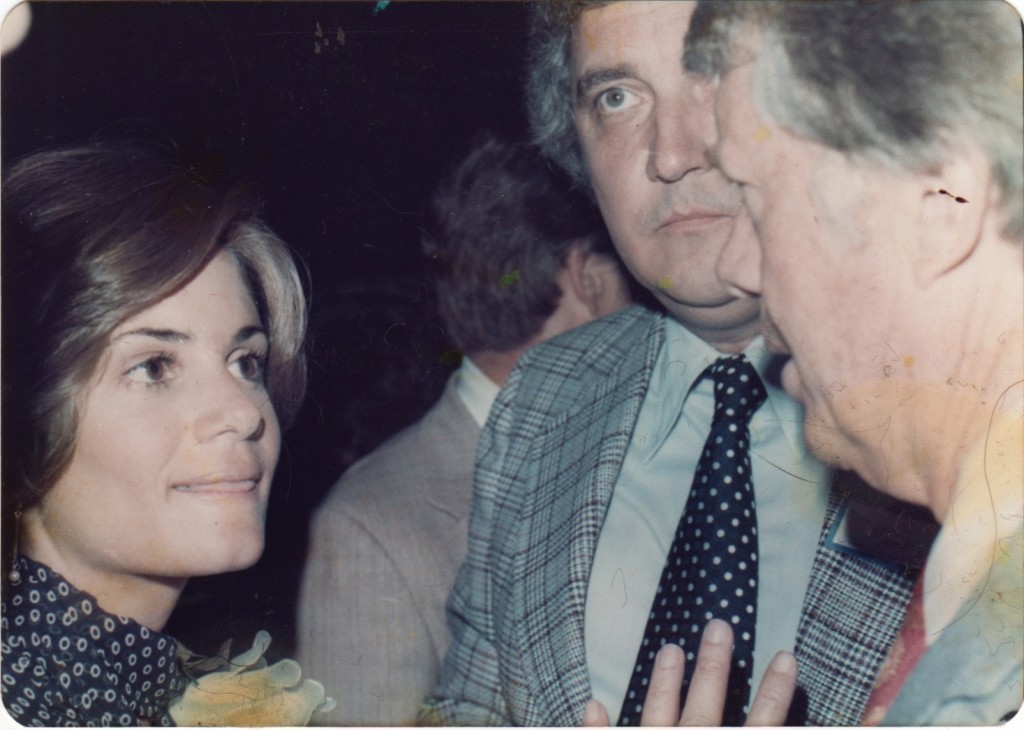 I don’t have a picture of Spielberg but I found this one with Joe and Jimmy Carter.

Ironically, the day came that the news department, which had rejected me, now wanted me—for a spot on the late news.  It was an offer I couldn’t refuse.

When I told Joe I was  leaving, he told me to think about it carefully: “This is the best job you’ll ever have.”

But I moved over to the building next door and then moved—a lot further —to California.   Ultimately Joe himself moved on to become a vice president with the Miami Dolphins,  where he was instrumental in the building of their new stadium.

We hadn’t been in touch for years; and I didn’t know he had cancer, until I heard that he died a few days ago.

What popped into my mind was something I wish I had told him:  that he was absolutely right—–working for him on Montage was the best job I ever had.

I’m one in a long line of people who feel the same way.

I hope Joe would be proud to know that in the lead of his obituary was the fact that he had mentored many of Miami’s leading journalists.  I knew about his honors as a TV pioneer; but in his obit I learned things I never knew about him—such as getting a Masters degree in History from Columbia.