You are here: Home / Chocolate & Other Food for Thought / Not eating my words—even if it's chocolate

My mother was addicted to chocolate, so I’m pretty sure my habit started in utereo.

This semi-sweet story starts awhile after that—in my twenties when I interviewed Mel Brooks which led to a whirlwind courtship, marriage and a move from Miami to Los Angeles.

Arriving in LA I barely knew anyone; could barely find my way around the city.

And then, just a few miles from my door, I discovered something that made my adjustment to California infinitely smoother– and sweeter.

It was a tiny little shop in the heart of Beverly Hills.

In those days before anyone thought of adding things like sea salt, bacon and chili –Kron’s Chocolatier was the epitome of elite chocolate.   Creative combinations (my favorite was fresh orange sections dipped in chocolate); they also made clever items out of chocolate—  women’s torsos, legs, records (before CD’s or iPods); telephones (before cellphones).

Best of all, they offered free samples.

This was the obvious place to go for a gift for my new husband.

They sold what they called chocolate telegrams (another relic from the past) –personalized messages  inscribed on a big slab of chocolate which came in a little wooden box. 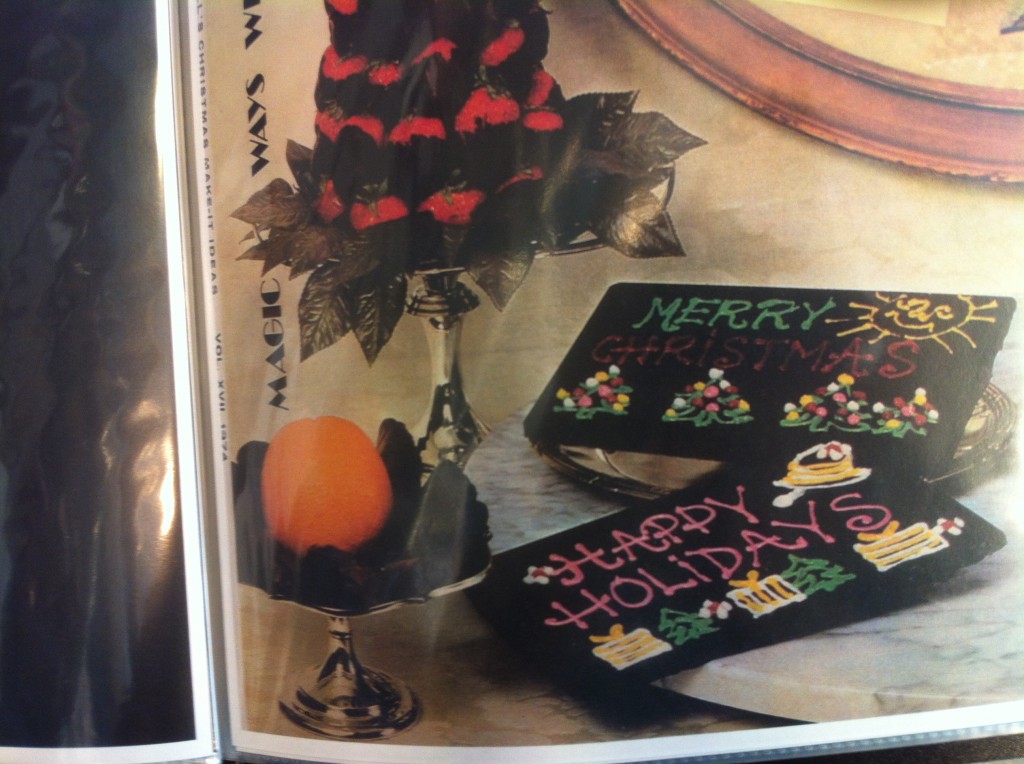 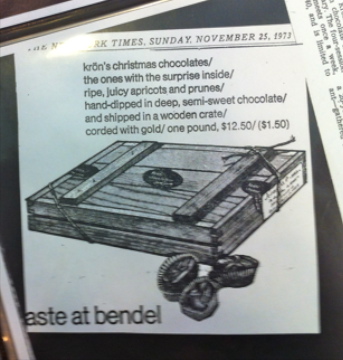 I ordered one and brought it home.  My agenda was crystal clear in the message I wrote:  “In honor of your wedding you have my permission to eat this.”

I couldn’t wait to give it to him.

Anyone who knows me, knows that around me, chocolate has a very short shelf life.  Whatever  the quantity, it rarely lasts longer than 24 hours.  And anyone who knows me also knows about my clutter; I’m sentimental and I save everything.  In fact, chocolate is the ONLY thing that I don’t save.

My ex-husband was the opposite—not a clutterer, not a saver.

I wanted to eat it;  he wanted to save it–out of sentiment.

He put  the wooden box in the refrigerator.

Can you even imagine the torture?

It sat there.  It called me even with the refrigerator door closed.

Yet even in my worst moments of chocolate desperation, I NEVER violated the sanctity of that chocolate.

It was still there, way in the back of the refrigerator when  we got divorced almost 15 years later.    If I’d thought about it, I would definitely have  considered eating it.   But in the  blur of work, remarriage and moving out of LA with the kids, I forgot all about it.

Howard didn’t.  He had custody of the telegram.  And he kept it.

It was still in his freezer last winter, when he died.

Over the months since, our kids had to pack up everything in his house.  And at the end of this sad experience was something sweet. 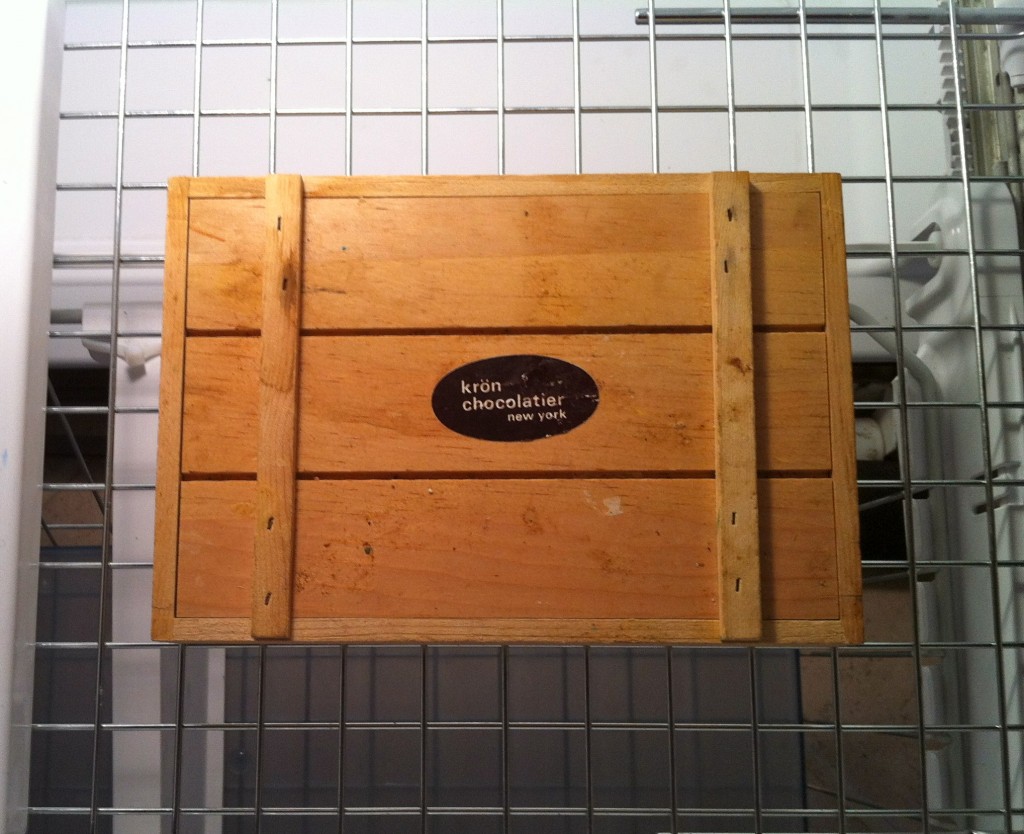 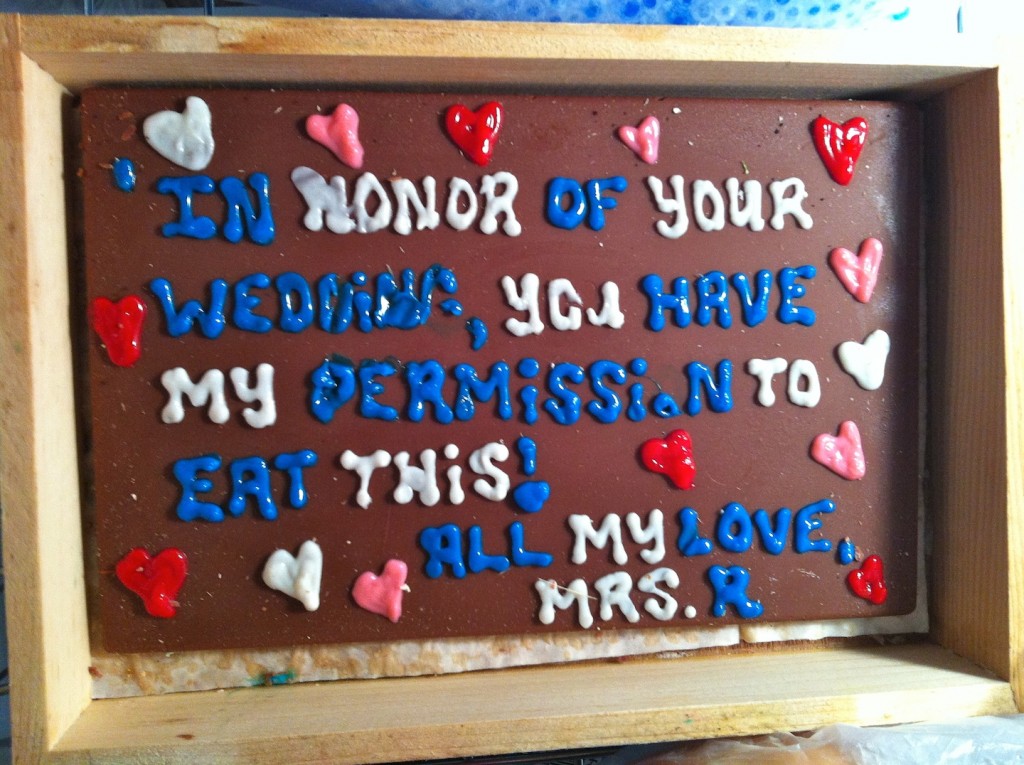 It was the only  thing left that hadn’t been moved or stored or given away.

None of us could bear to part with it.

So I packed it in a cooler and brought it home to Carmel– where it’s now in our freezer– hopefully for another 35 years.  ( My husband V lacks a true appreciation for chocolate, but fortunately he has a deep appreciation of my relationship with Howard. )

And that was supposed to be the end of this story.

But when I decided to write about it, I was down in LA.  Of course I knew Kron’s had been sold years ago; and the store in Beverly Hills was gone.  But out of curiosity I googled it; wondering if I could link to an old article.

And that’s how I discovered that Diane Kron had  re-opened the business under the name K Chocolatier--with stores in  Malibu, New York, and in Beverly Hills right across the street from where it used to be.  Simona, who works there,  promised to tell Diane my story about the telegram that’s been saved for 35 years.

I know this because I drove over within minutes of learning it was there. 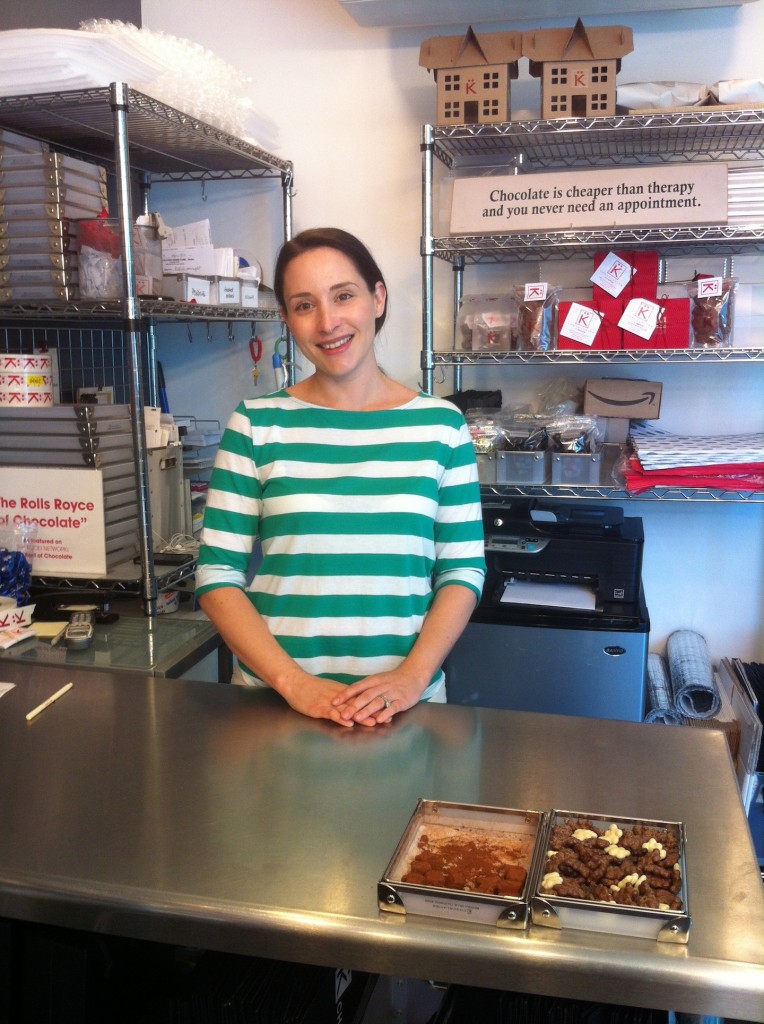 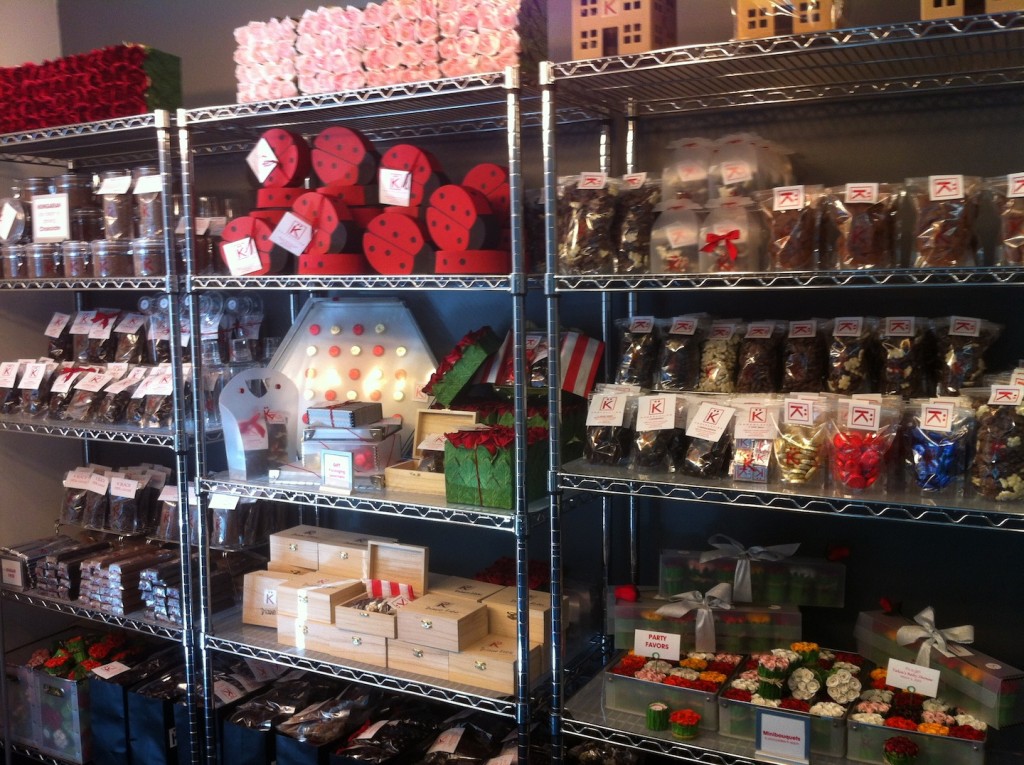 They still make the telegrams, (too bad my birthday just went by); and lots of new items; the merchandise is even more beautiful than it was and just as delicious; you can order by phone and if you’re lucky enough to live nearby, they still give free samples.

Which reminds me of Howard, who had a funny line for everything, and always used to say:  “Darryle would give you the clothes off her back; but if it’s chocolate, she’ll fight you to the death.”