You are here: Home / Anything & Everything / A site for sore thighs 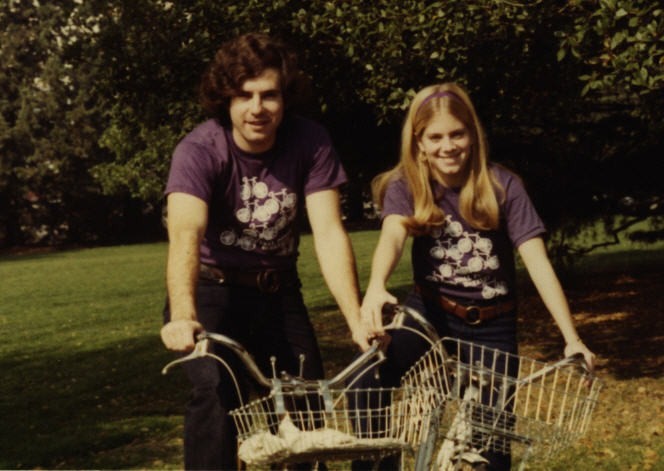 This is me and my girlfriend, Carla, in Berkeley, circa 1970, with my first 10 speed. The bike weighed more than her. Because of the wind resistance caused by my hair, and the weight of the bike, top speed was about 8 mph. 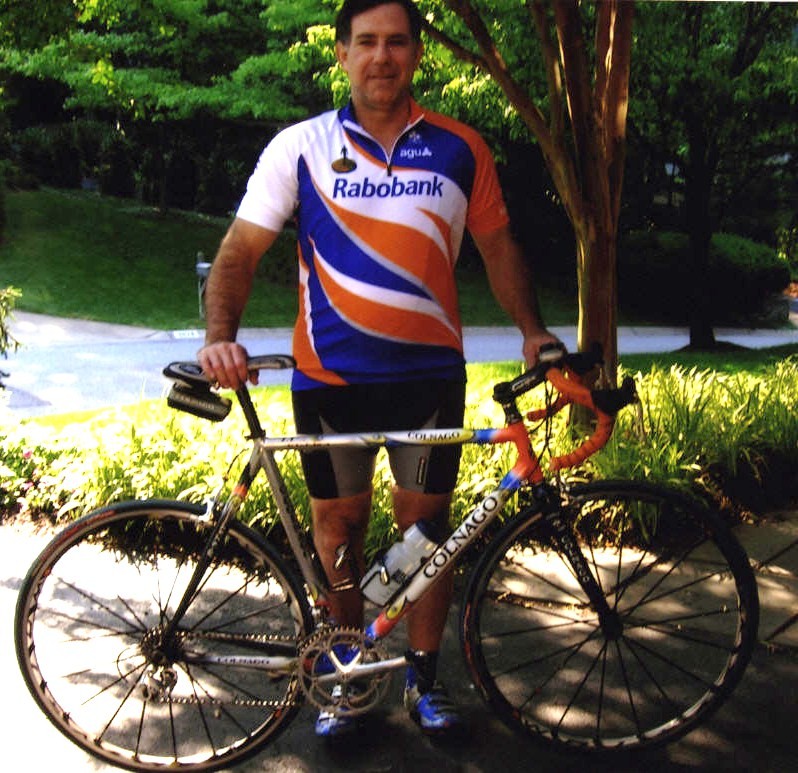 This is me many years later, belying the notion that cyclists are svelte. No, I didn’t eat the original 10 speed. Less hair, lighter bike. Top speed still about 8 mph.

If you are reading this because you are a regular reader of Darryle’s blog, you are in for a surprise:  there is someone else who loves chocolate more than she does.  In  a way, my love for chocolate, and the people who make it, helps to explain why Darryle is letting me use her blog to communicate with my friends who want to follow (in a fashion) my impending bicycle ride across Iowa.

I have been fortunate to represent the international cocoa and chocolate industry in an effort to combat the worst forms of child labor in the cultivation of cocoa beans in West Africa.  This unprecedented industry effort was initiated by Senator Tom Harkin of Iowa and Cong. Elliott Engel of New York, and involves a collaboration with governments and non-governmental organizations around the world.  The activities have included many hours of meetings in Senator Harkin’s conference rooms.  While paying rapt attention during those meetings, I couldn’t help but notice the posters adorning the walls.  The posters were for the Des Moines Register’s Annual Great Bike Ride Across Iowa (RAGBRAI).

I love bicycling almost as much as I love eating chocolate.  For several years, I contemplated doing the RAGBRAI.  Riding the 475 miles or so across Iowa wasn’t so daunting, but taking the time to do so –  and camp out on the ground every evening –  were deterrents, to put it mildly.

What could inspire me to forego the Four Seasons and sleep on an air mattress for a week?  Some of the most inspirational people I know:  the scientists, other professionals and Advisory Board members of the University of Iowa’s Carver Family Center For Macular Degeneration (CFCMD).  I won’t spend much time now telling you about the CFCMD.  Go to the website www.carverlab.org.  Now close your eyes and keep them shut for a while.  You can open them now.  Or now.  Anyway, imagine being blind.  Then imagine a highly talented, motivated and wonderful group of people whose mission it is to cure blindness.    That’s the CFCMD.   If you go to the website I have created, www.GivetoIowa.org/project3000/prosenthal, you will learn more about the inspirational people at the CFCMD and why I am doing this ride.

Helen Keller said, “It is for us to pray not for tasks equal to our powers, but for powers equal to our tasks, to go forward with a great desire forever beating at the door of our hearts as we travel toward our distant goal.”  The CFCMD has a distant goal.  My near term goal is to get across Iowa this coming week.  More tomorrow as I approach the starting line.