You are here: Home / Popular Culture, Celebrities & Social Media / Dear Celebrity, Your 15 minutes are up 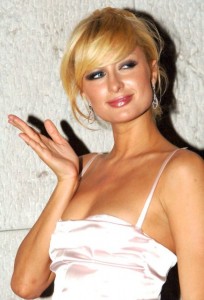 (Hopefully this post will be read with the gravity it deserves.)

As advertisers scrambled to save their campaigns and wives warily eyed their husbands’ cell phones and golf clubs.…Tiger Woods marital breakup created a tsunami.   His sordid saga splashed across the globe, growing from golf ball to snowball size, gaining speed and momentum until it was a planetary phenomenon.

And like fluorocarbons spilling into the atmosphere causing the greenhouse effect,  consequences of the Tiger Effect are also global in nature—threatening to topple a delicate ecosystem known as the celebrisphere.

Inhabited by a peculiar blend of species (called by the generic term “celebrity”) this invisible region is as fragile and perishable as the Amazon rain forest—and like the rain forest, endangered by manmade problems.

The exponentially expanding number of Tiger Woods’ sexual partners threatens to topple that delicate balance— by creating new celebrities faster than the celebrisphere can absorb them.

Even the rapid expansion of tabloids, tv shows, blogs, magazines, stylists, handlers—all designed to maximize celebrity exposure—cannot handle the overload created by a new species advancing faster than the killer bees or the Asian carp towards Lake Michigan.  This species, (scientific term: pseudo-celebrities) consists of people who have not “done” anything to achieve or deserve their fame.    Like chemicals eating away at the ozone layer, the celebrisphere is falling victim to synthetic, self-created celebrities— exacerbated by the population of reality show contestants,  estimated as 10,000 and growing.  Like  feeding an overcrowded planet,  this puts the celebrisphere itself in imminent danger of collapse.

In its wisdom, nature provides natural events such as forest fires,  floods, hurricanes, disease, to restore its own delicate balance.  Unfortunately there is nothing natural in the celebrisphere.  And to complicate matters, the celebrities’  natural predators,  paparazzi and tabloids, depend on celebrities for their very survival.

Even if the number of Tiger’s mistresses doesn’t continue to multiply at its current pace, the number of already existing mistresses has placed an unsupportable burden on the  tabloids, and other outlets responsible for keeping the populace informed.

As a society we have a moral obligation  to keep the celebrisphere under control for the benefit of future generations.    Here, as in every other ecosystem, evolution depends on survival of the fittest.  There is an urgent need to trim the overload, weeding out celebrities who are no longer necessary.

The nations of the world dragged their feet on global warming, leading to dire doomsday predictions by scientists all over the world.  The current celebrity emergency allows no time for  meetings in Copenhagen, or waiting for Al Gore to make another documentary.

And there is hope for a solution.  A national organization has been formed to create policies on celebrity eligibility.  As part of this process, an effort is underway to clear out superfluous celebrities in our midst.   A bill is currently being drafted in a Congressional committee by a  bipartisan effort.  Upon being signed by President Obama, it will become known as the Voluntary Endangered Celebrities Act.

The campaign will center on the following letter, which will be sent to celebrities who fit criteria for removal:

After a careful review of your case history and evaluation of your future potential, we regret to inform you that your celebrity status has been cancelled.

Due to the expanding numbers of reality shows and liaisons with politicians/actors/sports stars, eligibility for celebrity status has become extremely competitive.

In keeping with an ongoing effort to downsize the celebrisphere, your privileges as a celebrity have been revoked and will no longer be honored.

We hope you have enjoyed your time as a celebrity and that you have made wonderful lifetime memories.

This is to serve notice that upon receipt of this letter, your 15 minutes are up.

Currently on the list for extinction are:  Jon and Kate Gosselin;  Carrie Prejean;  the parents of the balloon boy;  the White House party crashers;  all former contestants on Big Brother and the Bachelor; former and current mistresses of Elliot Spitzer, Mark Sanford;  and everyone with the last name Kardashian.

Nominated for the Celebrity Hall of Fame: Paris Hilton

We welcome your contribution to help de-clutter the celebrisphere—by submitting additional names.  Thank you for supporting this grassroots effort.