You are here: Home / Nostalgia / Time and the US Open

This weekend, the focus of American sports shifts from Los Angeles,  my former home (Lakers!!)….to my current home. 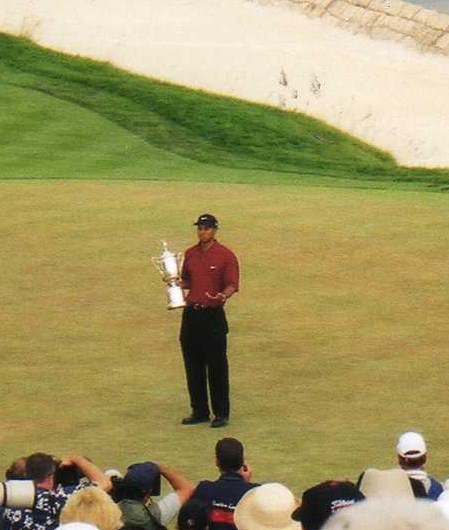 As a volunteer at the 2000 US Open in Pebble Beach, (note the official uniform below), I had a cushy job in the player hospitality area.  This provided perks like mingling with the players up close and personal…. 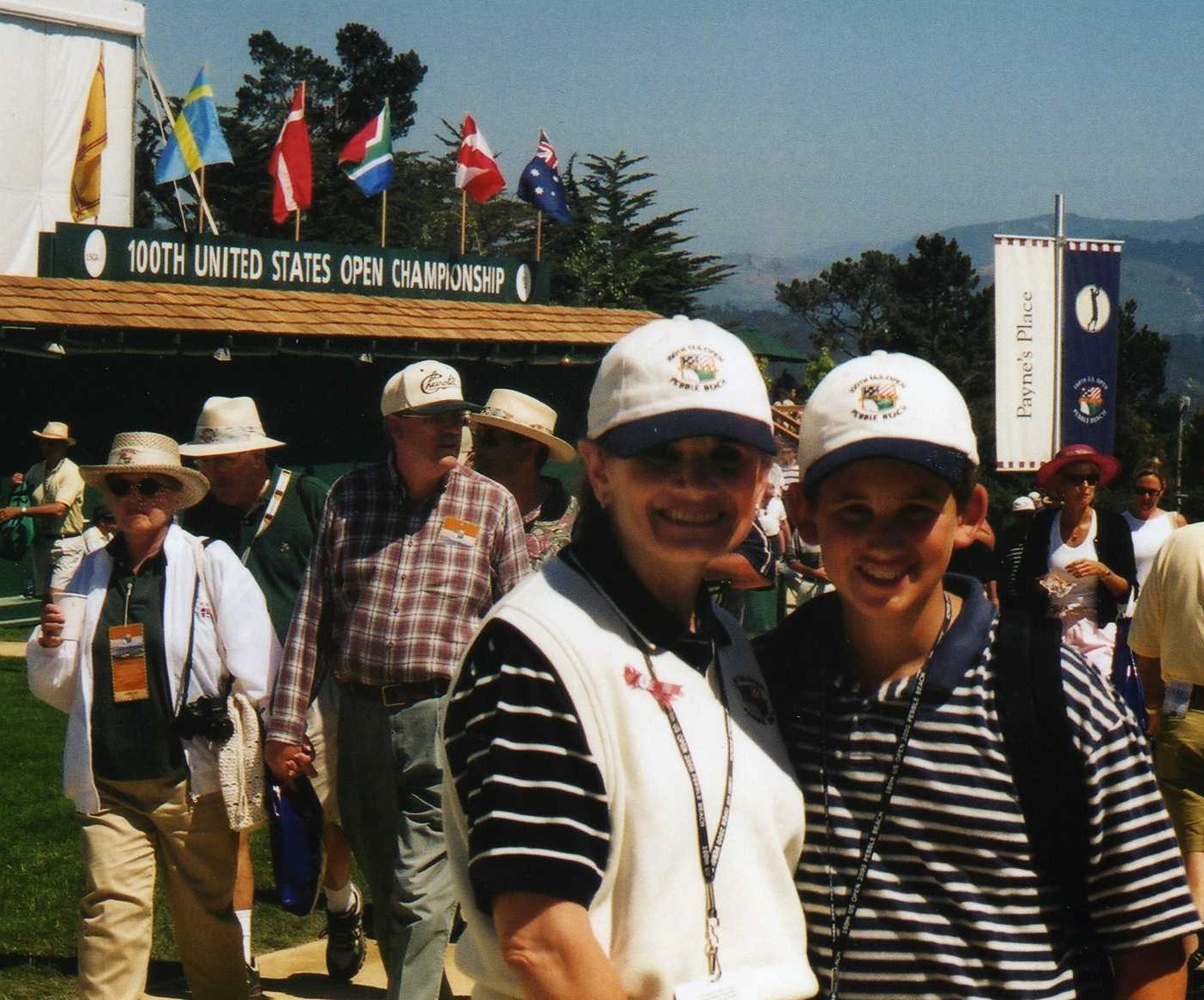 …..plus free tickets.  Sitting in the bleachers at the 18th green, we were close enough to take this picture of Tiger as he kissed the trophy.  (Feel free to insert snarky comments since I didn’t.) 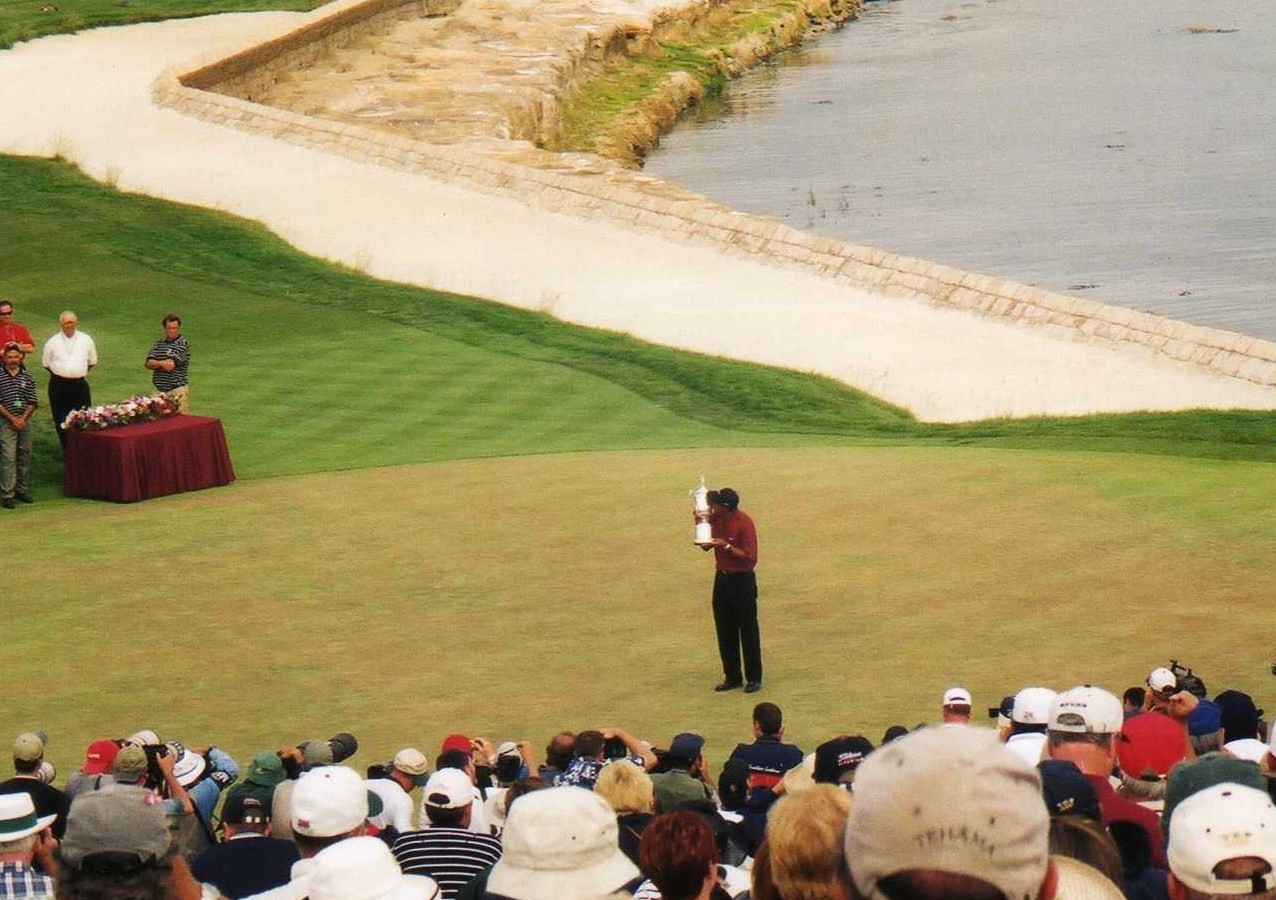 In the normally staid world of golf,  the atmosphere was electric—we could sense that we were witnessing sports history as it was being written—-and I’ll never forget that day.  It was a magical time. 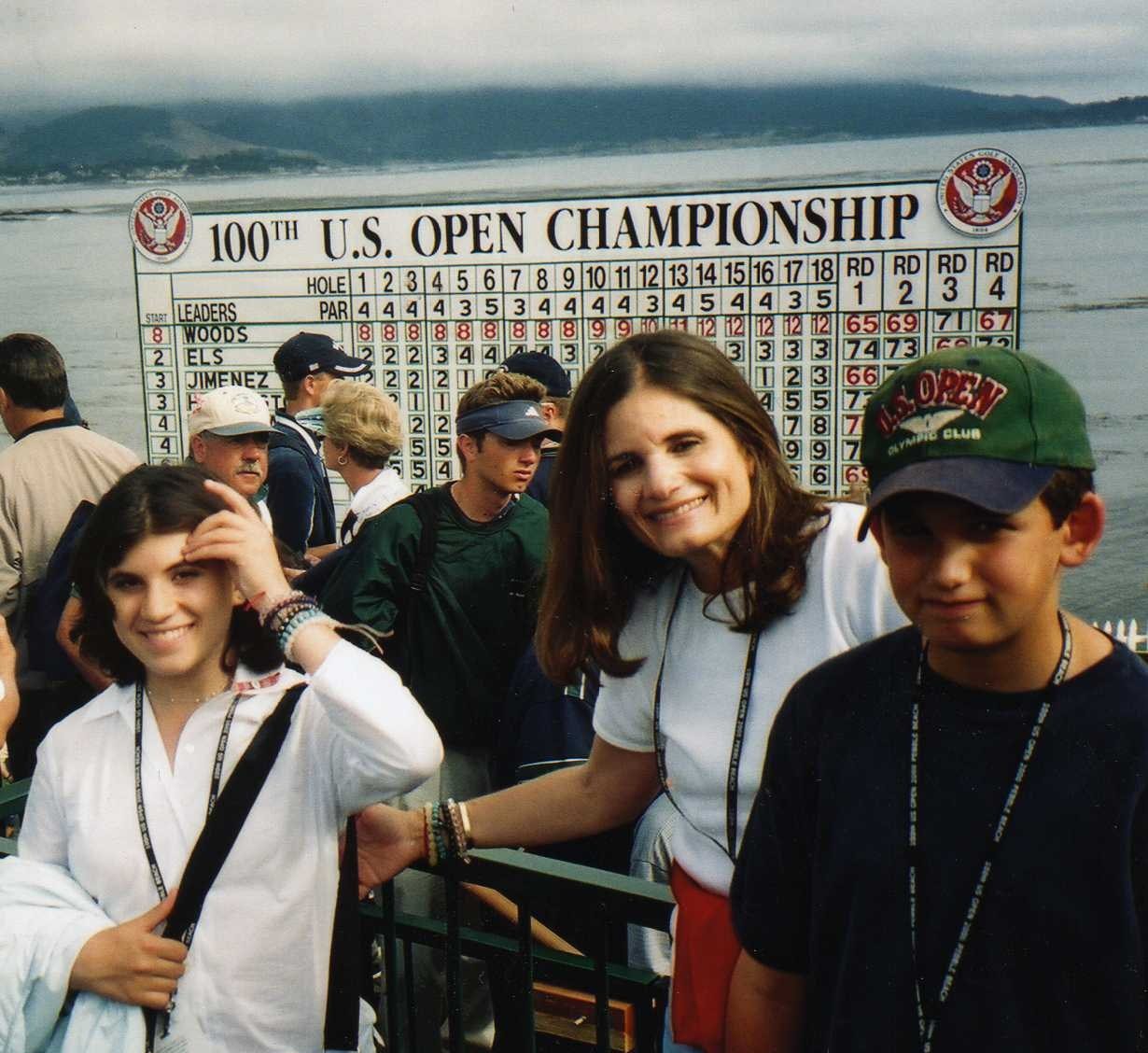 Flash forward to 2010:  I have absolutely no sense that ten years have passed.  But around here—-only the game of golf,  the Pacific Ocean, and Clint Eastwood are timeless.

Daniel might like to attend this year’s US Open; but he’ll be watching (in Spanish) from thousands of miles away.

I doubt Alli would go to a golf tournament these days even if she was in the neighborhood.

I AM in the neighborhood and I’m not going, either.  My major involvement in the US Open this time is complaining about the traffic.

As for Tiger,  I bet he’d like to turn the clock back ten years even more than I would.