You are here: Home / Anything & Everything / The road not taken 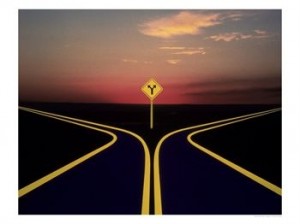 One thing I thought I learned as I got older is not to revisit decisions I already made.   If I ever calculated the time I spent rethinking past decisions,  it would add up to more time than I spent doing the things I made decisions about.

But sometimes I  can’t help it—-like last weekend.  Possibly I was the only woman at the Yale conference without an advanced degree—(lots of women have several;  and could easily spare an extra one for me.)    There are no good reasons for this.   I didn’t need one for any career I thought about—-and  I never considered an academic career.  Never would I have described myself as a scholar, and I hadn’t developed a real passion for any academic area.

There was one college course that lit me up—a seminar  in my last semester.   I devoured every word of every book;  loved every minute of every discussion.   The subject matter even dovetailed with my particular area of interest in my major—-(which my advisor told me was “lightweight”  when I chose to write about “a woman’s topic” for my senior essay in History.)

It was the dawn of feminism and coeducation was barely a year old.    That seminar—called “Women in a Male Society” —reflected so much about life at Yale and life in the real world I was about to enter.   It was possibly the first course ever taught at Yale that would qualify as Women’s Studies-–an academic area that did not even exist.    If only I had a crystal ball.

I wasn’t bold enough to think of creating my own major— and I didn’t even have any dim awareness that there would ever be such a thing.    So graduation was my last official participation in the world of academia.

End of story…… end of the road—- until last weekend when I added this to the list of Careers- I- might- have-had.

I have no regrets—-in choosing the road less traveled— compared to my very accomplished classmates.   I’ve been far from a campus but I feel very lucky that I soon discovered other exciting paths to pursue and other things I love to do.    Plus of course it’s never too late……..