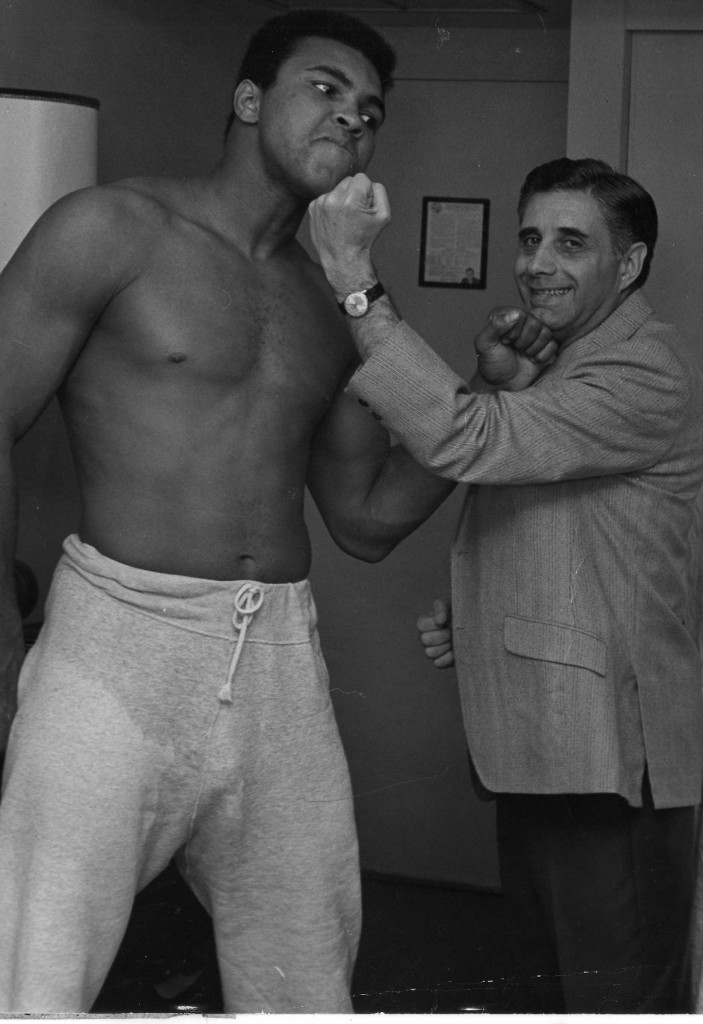 No one looks big next to Muhammad Ali; but in other ways, my dad was a big man. Smart. Savvy. Successful. Especially to me– he was a huge force in my life, my only parent since I was a teenager. There were no books or blogs to teach him how to be a single parent—there was only his determination to become one.
Until I became a parent myself, I never appreciated what that took or what it meant. He’s been gone for more than 10 years, and I’m not sure  I ever really told him– or thanked him.

There was only one year I remember giving him anything for Father’s Day— other than a tie.
It was 1983; he had some business in Kentucky and my husband and I flew from California to spend Father’s Day with him and to bring him his gift—the news that I was pregnant.

I hope it made up for all those ties.

It was a great surprise, but it couldn’t come close to all he gave me—the gifts that keep on giving,  I wish I expressed my gratitude more often while he was here—but maybe it’s never too late for any of us to thank the ones we love:

Though I don’t appreciate inheriting the dark circles….I have your eyes—-and I know yours were always watching out for me.

Though I also don’t appreciate inheriting the propensity for Alzheimer’s,  I have your brain—that you used to teach me to use mine.

Though I wish I had inherited your discipline, I have your vitality—that always seemed to grow the older I grew.

Though you didn’t  show me your weaknesses, I have your strength—that held me up and proved I could hold myself up when you weren’t there.

Though you always tried to protect me, I have your resilience—that I learned by seeing you adapt every time you must have thought “I never signed up for this…”

Though I can’t remember you ever telling me, I have your love—and you will always have mine.

Happy Father’s Day to all the dads, in my life and in yours.