You are here: Home / Aging & Appearance / One for the ages

A message from the universe was delivered as I was writing my last post about my mentor, Joe Abrell.  While looking for pictures of Joe, I came across a trove of memorabilia from those early days of television.  It not only brought up wonderful memories—it also proves that I walk a fine line between being a historian and being a hoarder.

Among the treasures:  Inter-office memos.  Nasty letters from viewers. The fresh-out-of -the- typewriter script I wrote for my first story—on the Equal Rights Amendment –which still hasn’t passed decades later.

And there was this relic: 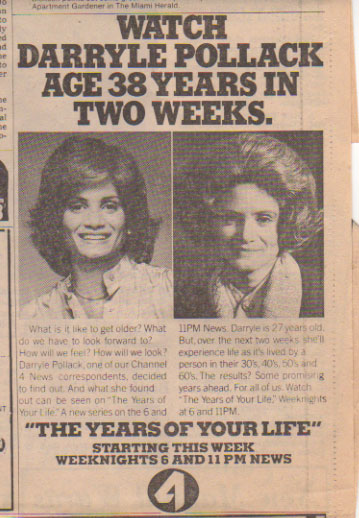 O.M. G.  It’s a newspaper ad promoting a series  I did about aging for the news.  Don’t even ask.

The brainchild of someone higher up in the news department, this series wasn’t one of my prouder moments.   Even back then it was cringe-worthy.  (Not to mention it wasn’t news—though it was an early indication of the direction TV news was heading.)

How ironic that this little gift from the universe arrived perfectly timed for my birthday.  I’m not turning 65 as I‘m supposed to be in the picture, but I can feel it looming out there.   And though normally I’m not preoccupied with aging, it’s pretty hard not to think about it when confronted by this evidence.

Not everyone has a sneak preview like this sitting around. And now I’ve got the real thing in the mirror.  So I was kind of curious to compare.

Back then I spent hours being made up to achieve the look of aging -–today it was effortless; just the 2 seconds for V to take this picture. 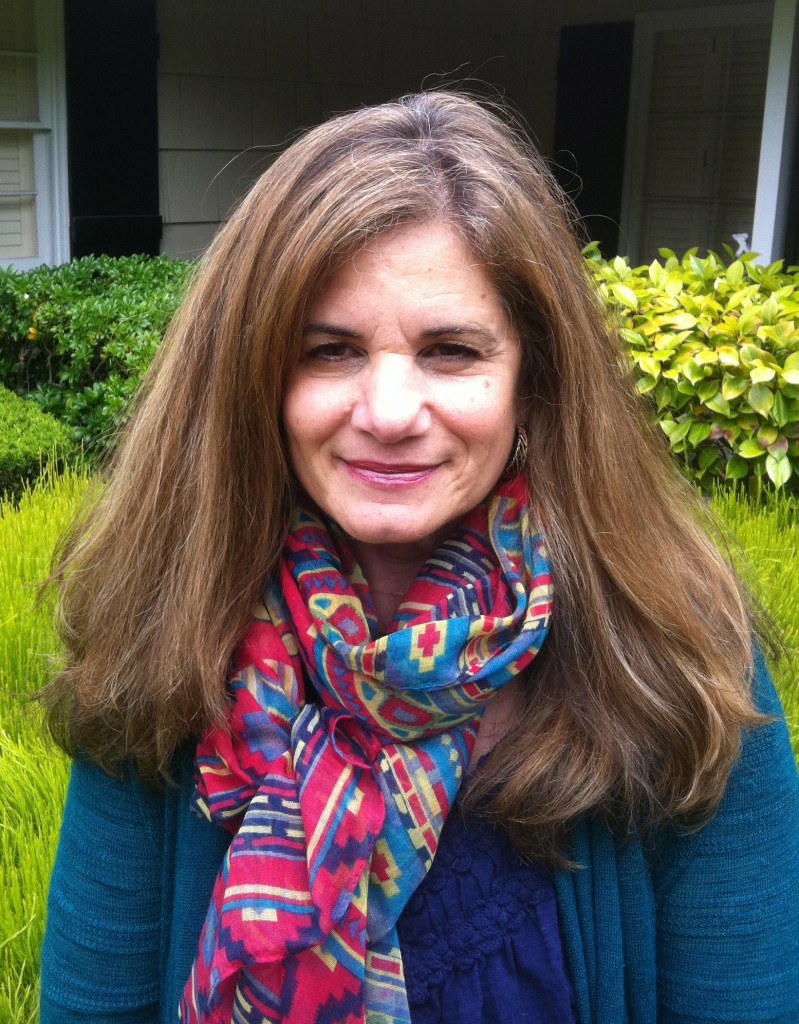 I haven’t had any “work” done–—so there are plenty of lines.

But here’s the bottom line:

When I look at the ad, I still feel like the girl on the left.  I don’t identify at all with the woman on the right—although if you ignore the god-awful wig, I have to say she looks better than I do.

I’m as vain as anyone else; still, how you look matters far less than how you feel—at any age—on a birthday or any day.

And on that note, one other birthday coincidence this week– I happened to be asked about birthdays in an interview for the American Cancer Society whose theme is “Creating a World with More Birthdays.”

What is your favorite way to celebrate More Birthdays?

As a cancer survivor,  the key to every birthday and my favorite way to celebrate– this year and every  year—is to think about how lucky I am to be here.

And that’s the truth.  Here’s to More Birthdays!