You are here: Home / Anything & Everything / Wedding Crasher

It’s an extra bonus of life in Carmel.  The beach is a destination whether it’s day or night. 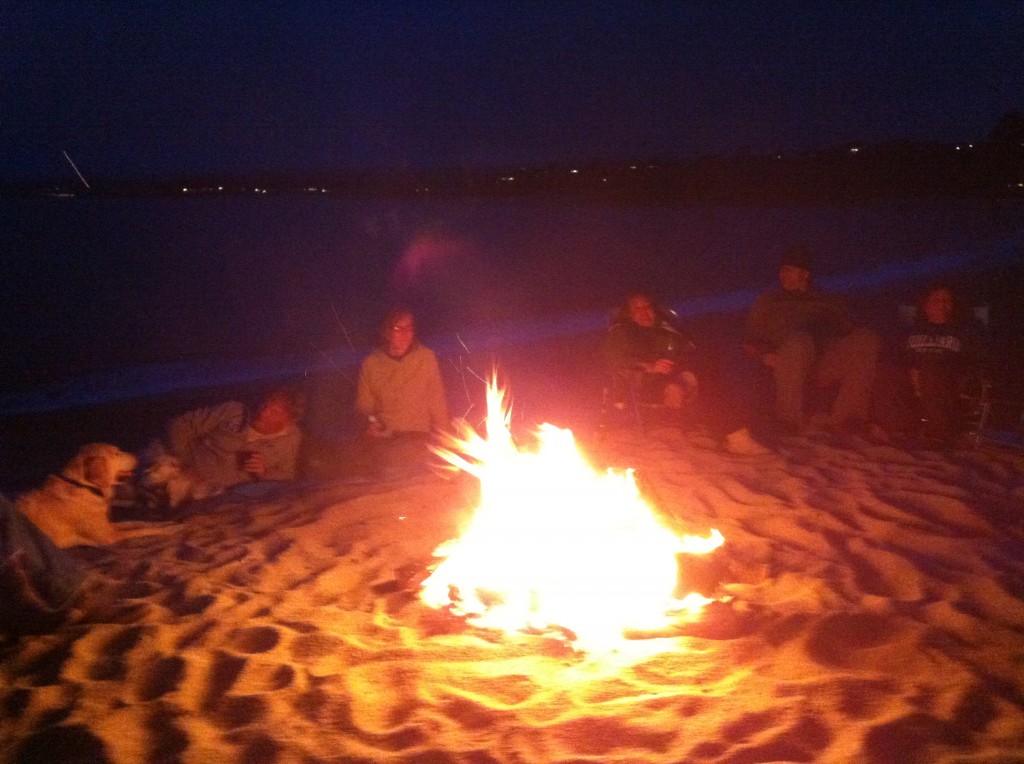 By day, weddings are a pretty regular thing, especially during the summer.  On our walk the other day,  Jane and I saw three of them; two on the same beach where one group was taking some final pictures while the other group was waiting for the wedding to start. 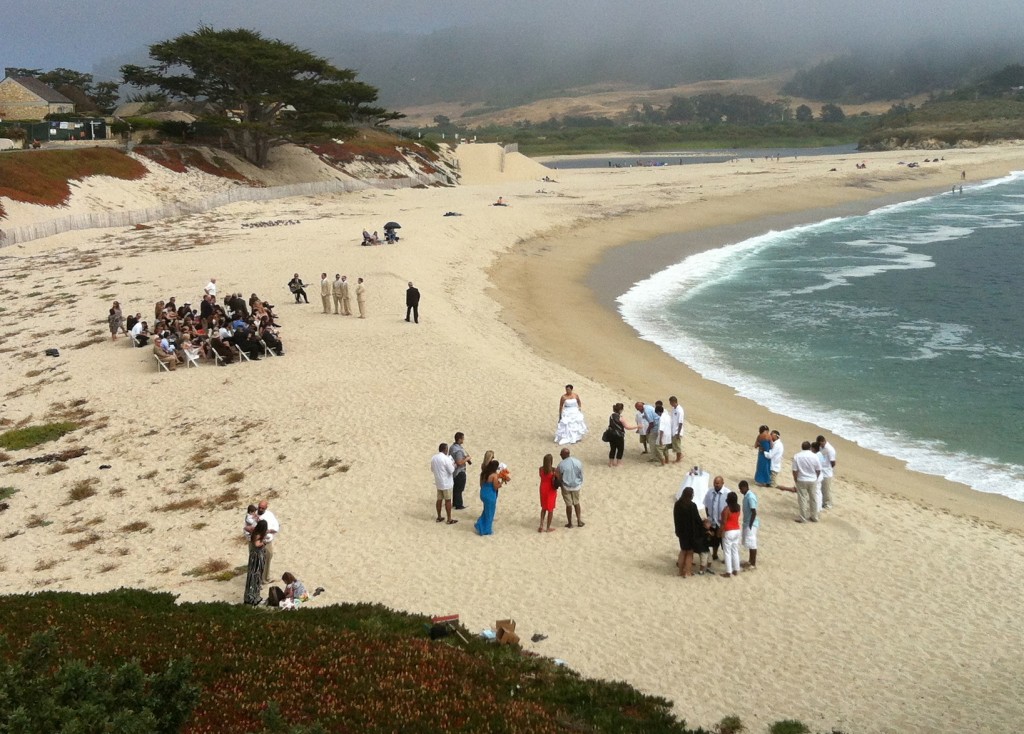 We decided to wait too, until the barefoot bride emerged from the limo/dressing room. 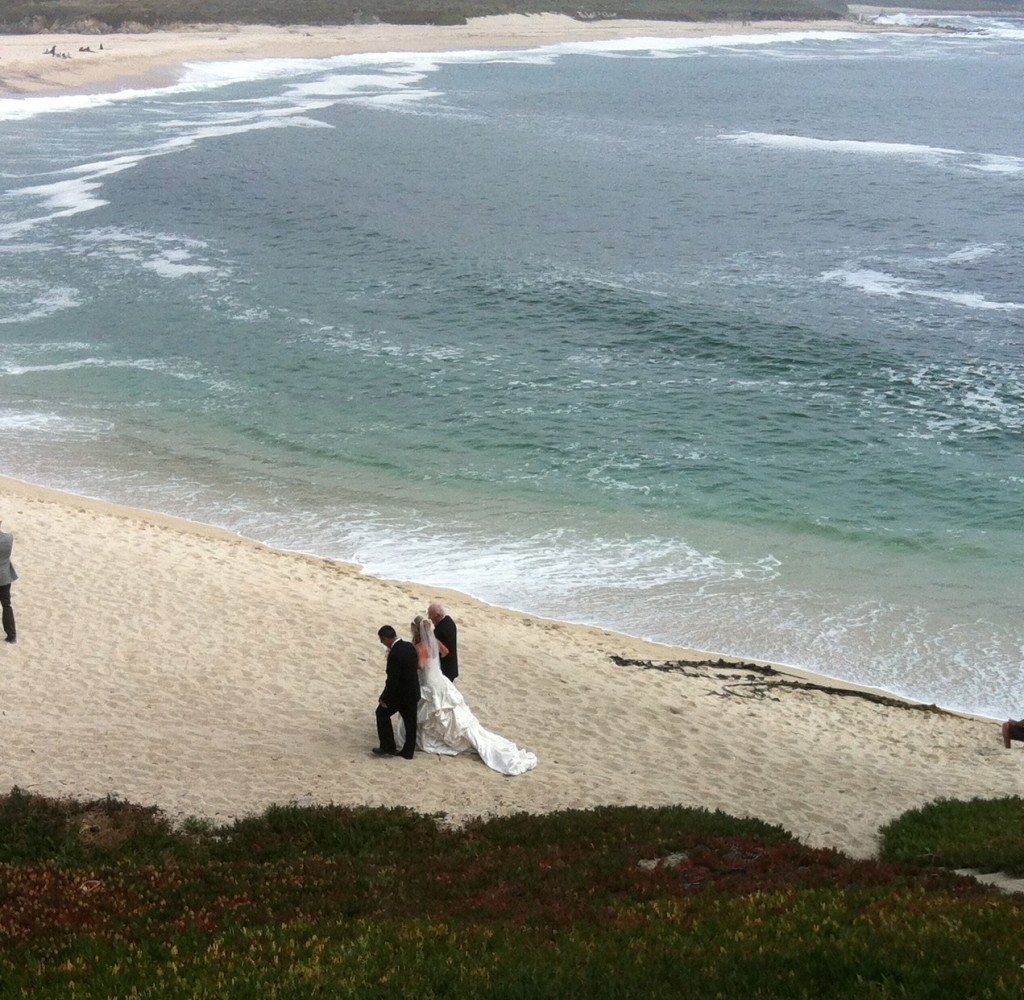 Maybe weddings are on my mind because tomorrow is my anniversary with V— even though it’s not the day we got married.   Or maybe because I got married (twice) without planning my own weddings or adding personal touches, I really appreciate people who do.

A family friend recently got married; their wedding on the coast of Maine was a totally hands-on hand-made event.  Morgan and Pete are both in their last year of med school, but still managed to personally create everything from the invitations to the colorful decorations—most amazing of all, Morgan made her own dress. 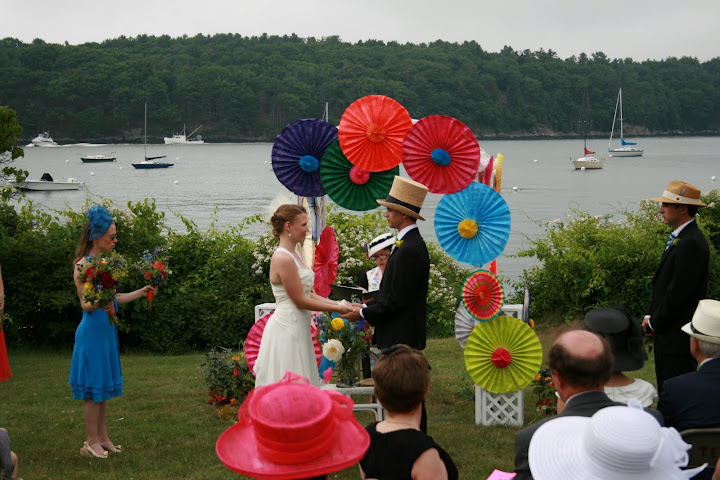 I loved the personal spin on the wedding two weeks ago of my nephew Max, a photographer, and his wife Dana–which they also did themselves. 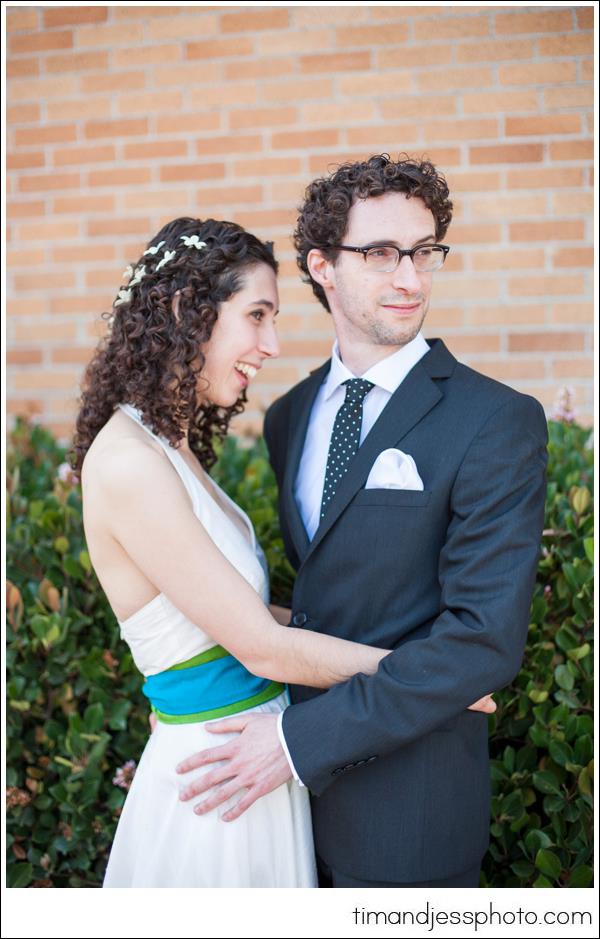 They transformed an empty studio space in Los Angeles to create a mood in their own minimalist style, including a photography set-up for portraits. 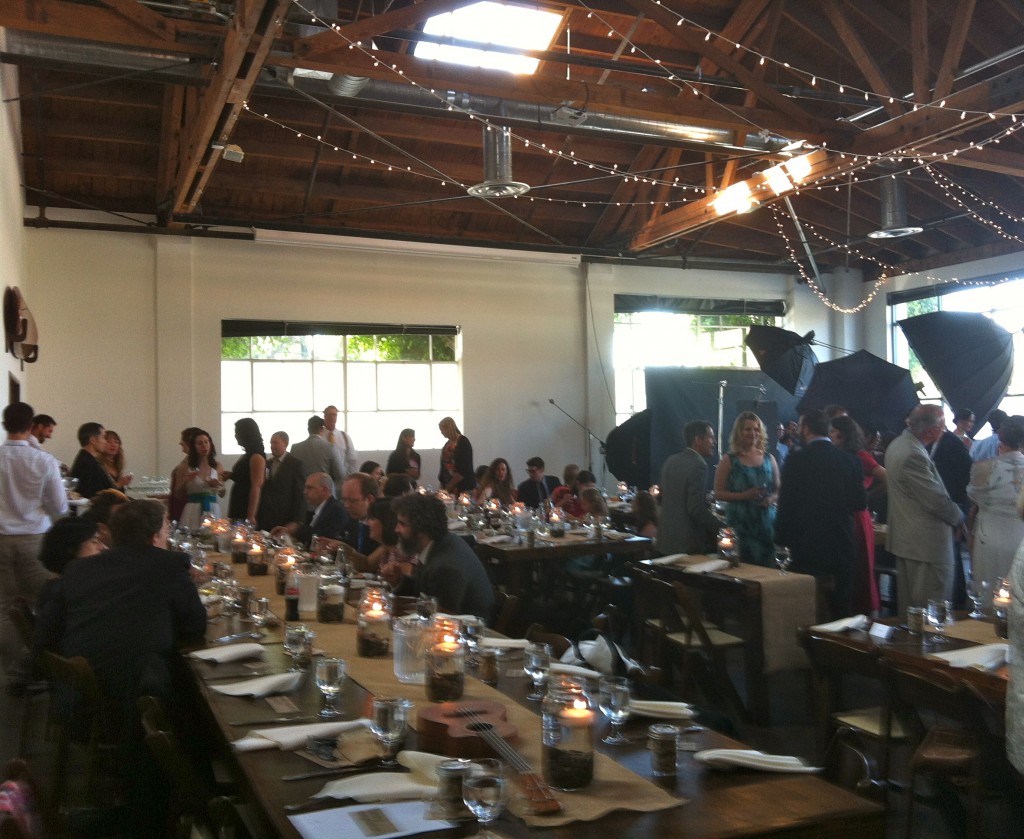 On the tables were jars of homemade granola, burlap runners and centerpieces they made out of jars filled with water, stones and candles– the only flowers were in the bride’s hair, or carried by the flower girls.

The couple made their entrance to the music of a ukulele and a long 12 foot horn that was made—and played– by a longtime friend;  they were married by the professor who introduced them.  I had to pull out my phone to capture the scene.  You can feel the love.

A lifetime of  love and happiness to all.  And Happy Anniversary to V.