You are here: Home / Aging & Appearance / Women in a Male Society: From a Click to a Boom

The title leaped out at me from the course catalogue.   Women in a Male Society seemed to describe my current life.  In the middle of my senior year in college, I was one of 175 women about to become the first female graduates of Yale College in its nearly 300- year history.

So I signed up for the class that would change my life.

It was a small seminar with just 20 students; taught by Dr. Ellen Keniston, a quiet, gentle, thoughtful woman who was a psychologist at the Yale Child Study Center.

Of course Women Studies didn’t exist yet; not at Yale; not anywhere.   Mrs. Keniston assigned reading that included Helene Deutsch, the first psychoanalyst to specialize in women;  Simone de Beauvoir, Betty Freidan, Germaine Greer,  and articles from current newspapers and magazines where history was being written before our eyes.

Even as a history major, I wasn’t well-informed about the roots of the women’s movement; and the 20th century  movement was still in its infancy.

Ms. Magazine was still a year away from its first issue with the famous description of the click moment.

Long before the article or the magazine, I had my own click moment—the instant I stepped on campus.  On my way to register for classes, a reporter for the New York Times  had stopped me,  asking if I thought women “deserved” to be at Yale.

I never joined a consciousness raising group; but the reading and discussions in that seminar certainly raised my consciousness.  Plenty.  And permanently.

That’s why I was prepared to repeat my Yale experience as a woman in a male society after I graduated.

That’s why two of my first writing assignments in television were on abortion and the Equal Rights Amendment.

That’s why I pressed to produce ground-breaking documentaries on rape and breast cancer.

That’s why I think everyone, every age should watch the new documentary Makers produced by PBS about the women who changed the world for all of us.

And that’s why, recently, I did something I rarely do—approach a celebrity.

On a cold rainy night on my last trip to New York, I was leaving a restaurant when I noticed a woman walking down the sidewalk heading our way.   I felt conflicted about stopping her, but I felt compelled to introduce myself to Gloria Steinem; tell her how grateful I was for her work and how much she had influenced my life.

She was very appreciative; and way more than graciously polite.  She stood on the sidewalk, answering and asking questions; engaging in conversation until I felt guilty for  invading her time.

I guess this happens to her often.  Recently a friend  told me about a similar encounter; when she noticed Gloria sitting across the room  in a New York hair salon.  My friend also felt compelled to do what I did—express  her admiration and gratitude.

And she got the same response.  Even with her famously gorgeous hair covered by  foil wrappers, Gloria stood talking with my friend;  gracious, interested, curious.

I did.  I just hope  she’ll forgive me for posting it. 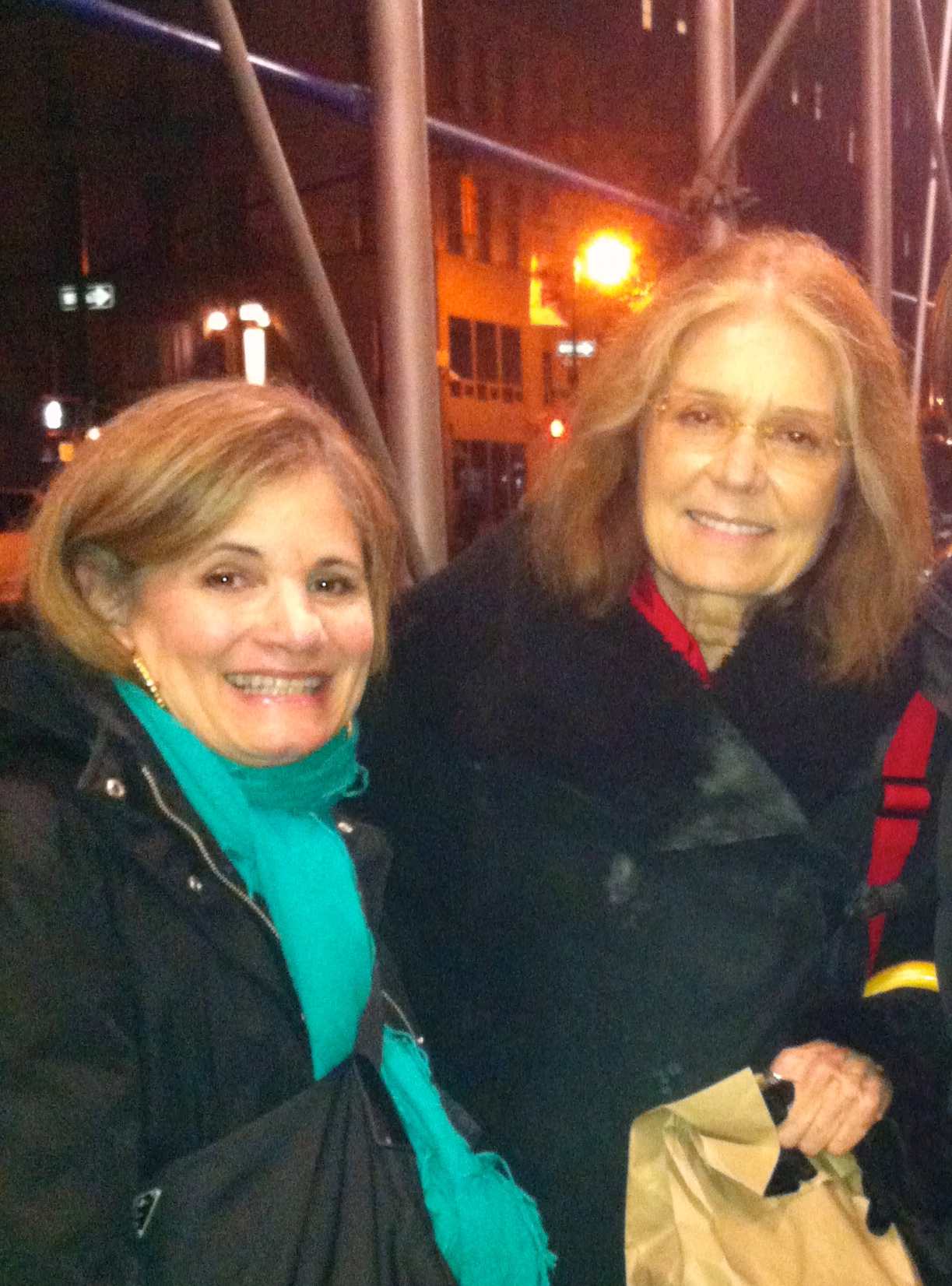