You are here: Home / Anything & Everything / Real and unreal 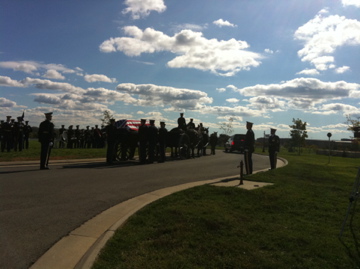 It’s a scene we’ve all seen so many times—in movies; on the news.

Whether or not you’ve ever walked the fields and pathways,  the setting is familiar—- its traditions and history deeply woven into the fabric of the nation.  Surrounded by trees now tinged with fall colors, more than 300,000 stone markers stretch in every direction—across acres, across centuries. 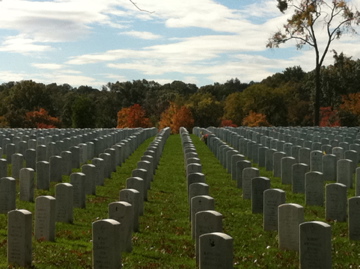 It’s a place out of time, infused with tradition.  The solemnity in the drumbeats of the military band,  the column of men marching in their dress blues.  The horse drawn caisson;  the mournful notes of the hymns soaring into the skies.  The shots that seem to hang in the air.  The flag folded with precision,  handed over to the family by the commander speaking in hushed tones. 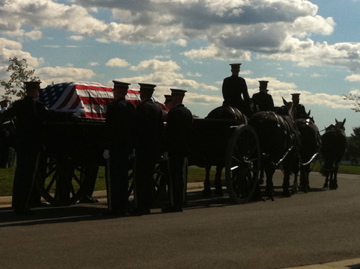 Respect and honor lay over the scene like the flag draped over the coffin.  Somehow even the children seemed to understand that—although they are far too young to understand what they’re seeing, and what it will mean for the rest of their lives.

This scene—played so many times in our memories on screens— is not something I ever expected to see in person.  But it wasn’t a movie; wasn’t on the news.

It was real, all too real—-and yet it was unreal—seeing  a girl I’ve known since she was 12 become a widow at 28 with a 1-year-old son; wondering how she acquired so much dignity, strength and courage.

I happened to be there a few years ago at the moment she met her husband for the first time; so somehow it seemed sadly fitting to be there  when she saw him for the last time.

And he was a soldier—honored  among our country’s heroes at Arlington National Cemetery.

Like  so many of them, he is there far too soon.